These are the end of days. These are the times when most people have decided to answer the call of Capitalism, embracing their need to establish self, carve out room for to express their innermost aspirations and consolidate the drive to succeed with what the earliest men did with most of their time: hunt.

However, to fully understand this, we have to break down the entrepreneur into a few parts namely the Aggressive (the business), The Reactive (the pleasure), and the Passive (the art).

The Aggressive is in the marketplace to dominate it. He represents the ambitious remnants of Alexander the Great, driven to conquer every land and continent, creative in strategy but surely ruthless in the finish. He leaves no stone unturned as he spears through relationships just to accomplish. He mercilessly converts his long-term goals to short-term ones, as his sheer desire to consummate his campaigns for dominance makes a mockery of opposition.

This is not to presume that all of the Aggressive in the market have a command of whatever niche they find themselves within but beware of crossing the under-accomplished of this breed. For whatever ambition they contain, is easily transformed to guile and resentment. Whatever you gain from them, you have to fight for. You don’t take them captive; you would be saving yourself pain if you completely vanquish them in a deal.

If spared, they will amass resources and come for another onslaught. They will not necessarily gather other forces when they return, for they are not team-players. But when they do, they only allow these partnerships to survive for the measure of the time it takes to reclaim their lost stake. They are self-made mavericks, churning out victory or misery as their commitment is measured in the vastness of terrain they control.

The man of pleasure, the Reactive, loves the aftertaste of winning, but not the death-dealing stroke of victory like the Aggressive does. He competes for the fine line where he can achieve and still retain his relationships, though we know the one that will suffer if a serious deal means both income and relationship have to lie on the operating table. For he revels in what money can buy and therefore motivates himself to complete his transactions simply for what he becomes through it. Be that as it may, he still accepts being acquired as a victory, if only it will aid him to treat himself to pleasures, never forgetting to up his salary/benefits.

He loves partnerships, propelled by the thinking that “the more the merrier”. The buffet company is his pride, as it accentuates what he can get. This helps him soften the edge of his tongue, and in most cases, leaves him a lap dog instead of a pillaging crusader. His loyalty is to his wealth, so don’t always count on his commitment if you find yourself standing between him and a solid pension fund.

Believe it or not, there are other people who create businesses because the field they choose, allows them the most sensation of fulfillment as persons, and affords them an extra stride in being one within themselves. The Passive care neither for the mass appeal nor for staggering quarterly profits, but for the daily strive to satisfy customer after customer with the result that leaves bother persons gratified. They are the artists of the business world, simply buying and selling for the love of the art.

Satisfaction is his drug, and he is hopelessly hooked from the first smile he gets in the workplace, either from a customer or colleague. Moreover, even when he is the lone commander, he creates a proficient team of remarkable personnel who contribute their varied touches to the business. He may not make as good a manager as the Aggressive or the Reactive, but you can be sure he has the happiest staff.

Most innovators and trendsetter were naturally in the Passive class, but commerce is a menu with diverse offerings. Since Currency must flow in the tide of the currents, we find that the Aggressive, the Reactive and the Passive must each wake up and get to their business places for the world to keep advancing in the realization of purpose that makes Business such an enterprising topic in today’s world.

entrepreneurship
Previous reading
Enter the Tablet – Part 2
Next reading
The Business, the Pleasure, the Art 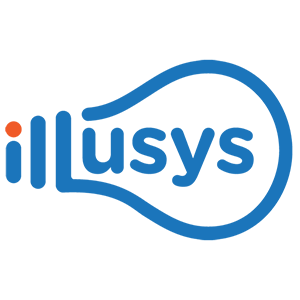